The paradoxical thing about crises is that nothing much happens except for the crisis. Last summer’s bushfire catastrophe and the current coronavirus pandemic are related in the sense that each in its different way turned the very air we breathe into a source of danger, first by the polluting effect of dense smoke and then by airborne contagion.

The fact that both the wearing of masks is merely a coincidence, but it serves to join the two, and surely also plays games with the arc of time. I’m uncertain whether the Christmas before last feels impossibly distant, a world away, or whether the time since then has flashed by with much greater speed than normal. Or both.

The first stanza of the first canto of Inferno, the first part of Dante Alighieri’s Divine Comedy, that huge sprawling vision of heaven and hell, begins with the immortal line, ‘Nel mezzo del cammin di nostra vita’. This means literally, ‘In the middle of the path of our life’. Dante goes on to describe how at this important juncture the poet found himself in a dark wood, having strayed from the straight path. He was lost. He was frightened.

Even in prosperous northern Italy in the first decades of the 14th century, a dark wood – not even a dense forest – was an exceedingly dangerous place. It was the lonely refuge of violent brigands, outcasts and heretics, the lair of wolves and bears and snakes and even leopards, a place from which there was absolutely no prospect of rescue. More broadly, the whole of what we call ‘nature’ was for Dante little more than a catalogue of perils.

European consciousness would have to wait until the early 18th century to come up with the idea that nature could be beautiful or inspiring, and that mountains could be anything other than a nuisance, useless obstacles without the slightest benefit to civilised men and women. True, in 1336, Petrarch climbed one, Mont Ventoux, and enjoyed the view, but he was a rare exception.

Being in the firm grip of middle age, I feel that the year extending from late 2019 was much like Dante’s dark wood. Everything (or what little) we experienced in it took place against the much larger backdrop of climate change. Our long periods of self-isolation afforded more time than usual for deep rumination.

At times I found myself thinking that we had in some abstract way ‘returned to sender’ the precious gift of the ideal of the divinity of nature with which many great minds in 18th-century England effectively replaced religious observance. That many of those same inventive, questing minds ignited in England the Industrial Revolution is a supreme irony, because we are still living with some of the more dreadful consequences. It was as if, for me, nature had once again become, as it certainly was for Dante, the anvil of terrifying, indiscriminate cruelty – an astonishing reversion. 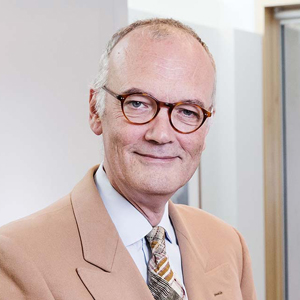