On the precipice of a horror bushfire season, smoke triggered a fire alarm and forced us to evacuate the ABC. We took the 7pm news outside. It was important for our audience to get the latest on fires and air quality. The losses that came later were utterly heartbreaking.

Tonight we’re broadcasting from the front of the ABC building in Dickson, where smoke has prompted the fire alarms to go off. Like so many buildings across our capital, this appears to be becoming the new normal.

And we woke up this morning with this thick smoke haze blanketing the city. Again, familiar landmarks obscured by the smoke.

Authorities say there are no fires burning here and the smoke is being blown in from those blazes around this territory. The temperature is expected to soar over the next couple of days.

Canberrans are being warned to take extra care of themselves, their neighbours and their pets.

INTERVIEWEE 1: And you can smell it at night. It comes into the bedroom, it’s really quite awful.

INTERVIEWEE 2: I’m not liking it. No it’s — I like to get outside, walk, exercise, and it’s really making me feel tight in the chest. Not very good at all.

INTERVIEWEE 3: It’s stopping me from playing sport but that wasn’t through my, my decision.

INTERVIEWEE 4: We keep that windows closed every time, like most of the time, because it’s very dangerous for the asthma, like, people.

KATH SULLIVAN: It is a problem that’s keeping pharmacies busy.

SIMON BLACKER: The sale of puffers has gone through the roof, yeah, people are coming in finding that it’s a little hard to breathe.

KATH SULLIVAN: He says enquiries have doubled across ACT pharmacies, and are up to four times higher in areas closer to the fires.

SIMON BLACKER: I’ve been a community pharmacist for over 20 years and certainly this is a unique experience.

Coming from country New South Wales I’ve seen dust storms and the like, but to have the, the level of smoke and, I suppose, pollution, consistently, it’s rather unique.

KATH SULLIVAN: Authorities are expecting it to linger.

KERRYN COLEMAN: When smoke is around and you’re outdoors, just don’t do any heavy or prolonged physical activity.

KATH SULLIVAN: The message extends to pets too.

MICHELLE ROBERTSON: Continuous exposure to smoke can cause animals to become more lethargic. Dogs that have pre-existing conditions could suffer from really strong respiratory issues.

So there is health problems for animals the same as what there is for humans.

KATH SULLIVAN: At this shelter they’re turning the sprinklers on the dogs.

MICHELLE ROBERTSON: We haven’t seen anything like this, ever.

KATH SULLIVAN: While it’s left some tongues wagging, things could be worse.

INTERVIEWEE 4: I think it’s obviously worse for the firies out at Braidwood. So, if we’ve just got to deal with a little bit of smoke, then, you know, it’s nothing compared to what they have to deal with. 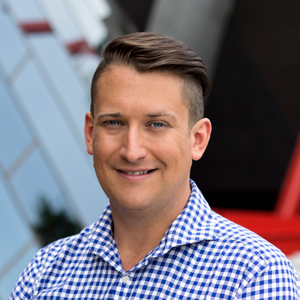