Australia Day 2020 was the day my sister, Mandy, flew in from the UK to visit: only the second such trip that she had made in the nearly ten years that I have lived in Western Australia.
The next day, the first case of COVID-19 in Australia was reported.

For three weeks previous, the media had been full of stories about the emerging threat; and yet it seemed so remote – something from which our geographic isolation would insulate us: well, I guess that was partly true.

Mandy flew home to the UK in mid-February. A week later, WA recorded its first case of COVID-19. Had she stayed a few weeks’ longer, she would have been locked behind Australia’s borders, which closed on March 20.

The following week, MV Artania was docked in Fremantle and COVID cases on-board were growing. It was moored just a few hundred metres from our WA Maritime Museum on Fremantle’s Victoria Quay, our staff at the Museum were, understandably, nervous, but responded brilliantly: stoic, sensible, cautious and professional.

As CEO of the State’s museum service – the Western Australian Museum – it was disappointing to close public buildings; it was challenging to ensure staff were safe and were able to work from home; and it was frustrating to be excluded from remote Aboriginal collaborators. It was certainly problematic for our major capital development, the WA Museum Boola Bardip, in Perth, due to open that November. But these annoyances were so trivial compared with the depredations facing the rest of the world, it is almost embarrassing to mention them.

After an eerie Anzac Day, our lockdown was relatively short-lived, although our borders remained controlled and stayed ‘hard’ for longer than any other Australian state, and thank goodness they did: our community transmission has been minimal, our public buildings re-opened, and we completed and opened the WA Museum Boola Bardip on 21 November.

The WA State’s ALP Premier, Mark McGowan, has enjoyed an unprecedented 90% popularity and was re-elected on 13 March with a historic landslide: both facts demonstrating support of West Australians for border controls. I am convinced that it was this policy that allowed us to complete our new museum on time and on budget. By mid-March, over 350,000 West Australians had visited, and the response has been incredible.

My charmed life in WA, however, is tempered by concerns for my family in the UK: my mother turns 90 in June and whilst she is an enthusiastic ‘Face-timer’, she has, on more than one occasion, expressed a fear that she may never see me again. Living alone, she has spent months unable to welcome anyone into her home.

My sister who lives at the other end of England, re-counted a dream she had – with no bitterness, rancour, or irony – where she and her partner had been allowed to eat at a restaurant.
For ten years my ambition has been to complete the new Western Australian Museum: my ambition, now, is just to visit my Mum. 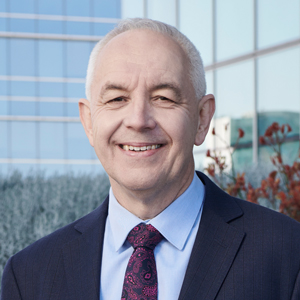